Open source communities push collaboration, sharing and transparency throughout various industries. While design and creativity have never been more important, we often wonder, “where can designers who focus on open source projects share what they do, push their designs further and encourage other designers to join the community?” Come to our meetup to learn more. This month’s nyc meetup covered the history and future of free software font editors.

The history and future of free software font editors

Eli is a libre graphics focused designer and software developer who has worked with clients such as Jacobin Magazine, EA Games, and Ruffeo Hearts Lil’ Snotty. His blog and links to social media profiles can be found at: Eli.blog

Eli Heuer about to dive into the world of font editors.

A little bit about Eli

Eli became interested in Fonts due to a teaching opportunity in Bushwick NY in 2013. Working with local kids that did not have access to expensive computers helped spark his determination to teach them about the world of free software. Among other projects he worked with local artists that had either little or no budget for their art shows and provided them with design work or tool kits to help them create events posters and collateral. 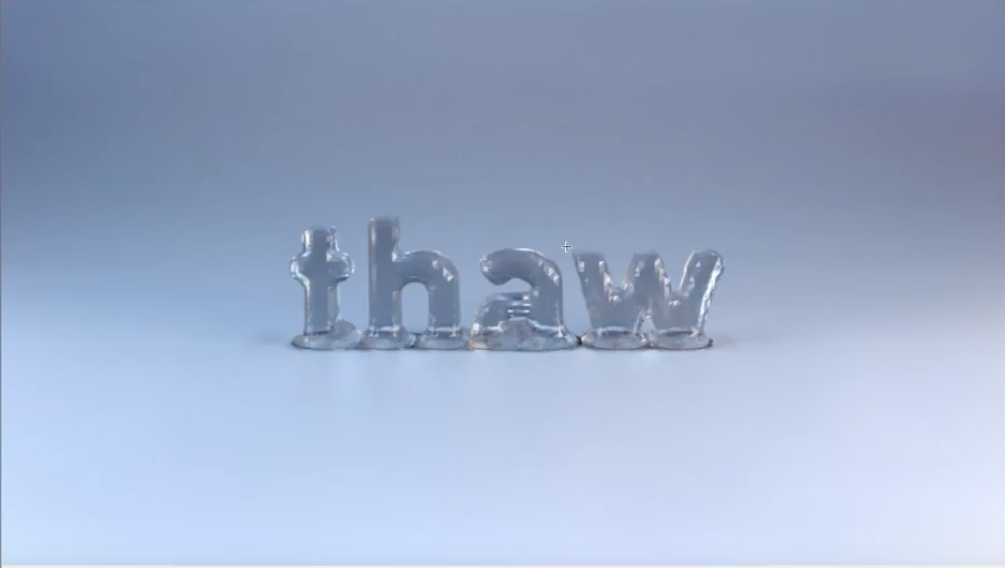 Example of some of his past work

Eli’s love of fonts and type only grew as began to dig deeper into the world of software development. Here is his presentation on the history and future of free software font editors: 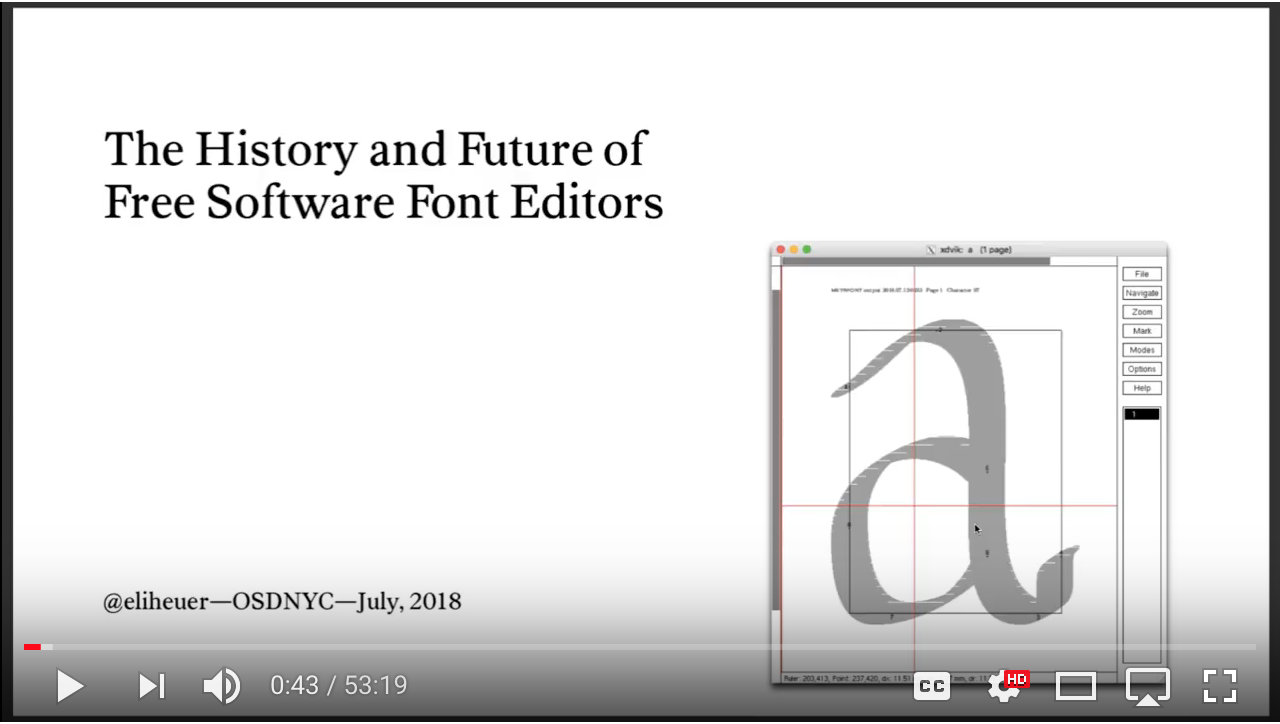 Highlights from the presentation include:

History of free software font - starts with MetaFont and LaTEX by Donald Knuth “A mathematical formula should never be “owned” by anybody! Mathematics belong to God” (that should stir up many discussions off screen)

“Computers back in the day weren’t able to use fonts - they were just type in a terminal”.

After the 80s - bitmap fonts came into the digital scene. There is a podcast interview with Zusanna Lithgow of EMIGRE Magazine (1984-1994) where she talks about how she pioneered the whole concept of selling digital fonts. She Started by sending fonts typeset on paper and mailed to people that requested/paid for them. Eventually they were sold on on floppy disks. 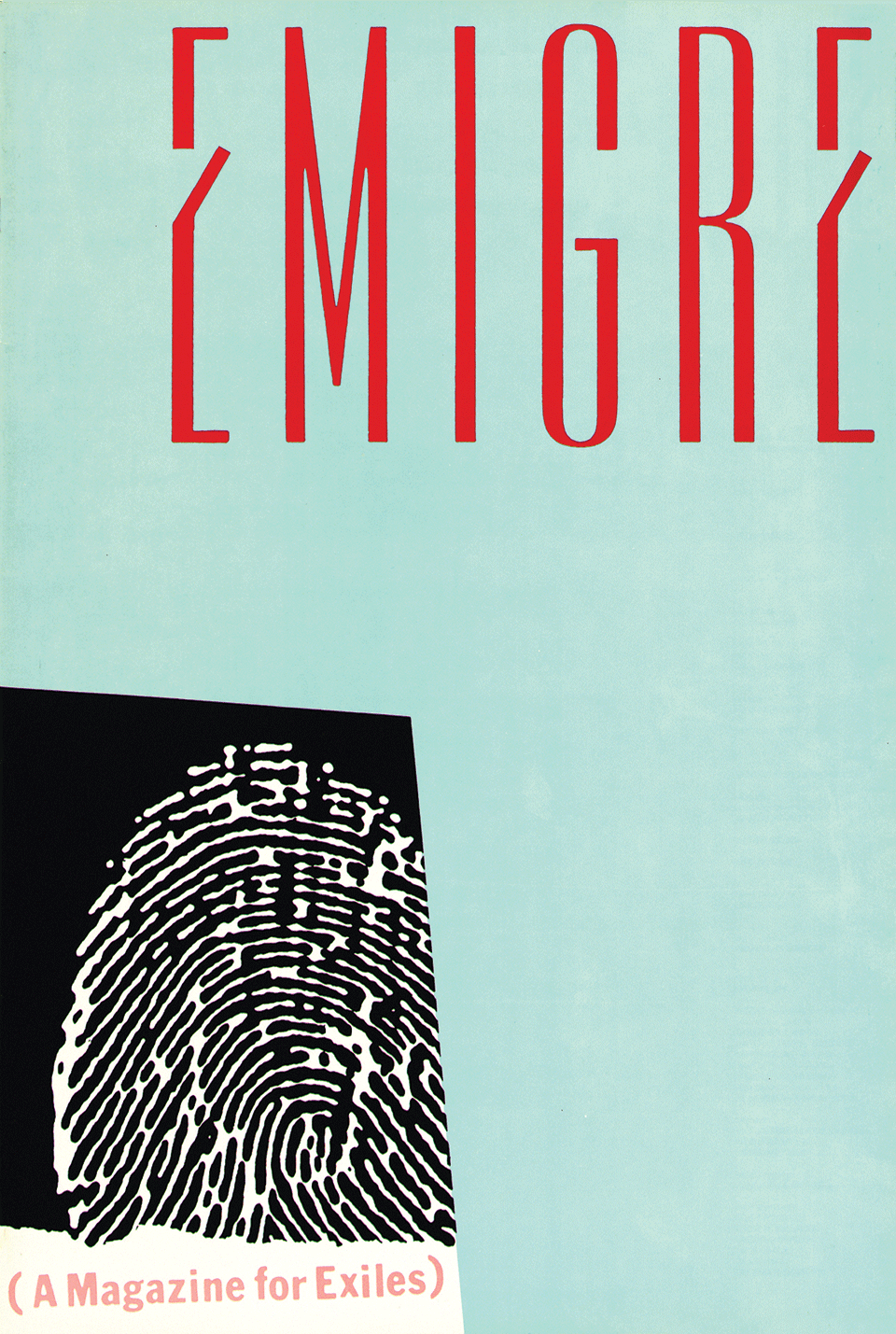 The Magazine That Ignores Boundaries (1984)

Eli brought up an interesting view/perspective on free software vs proprietary. It was quoted by Rich hickey - software architecture idea. If you use proprietary font editor, they start off easy to use but eventually become quite restricting and complicated. Whenever you make it proprietary you lose the simplicity. This is the reverse with free software font editors: they have a learning curve but always strive to keep things simple to use/export.

His interest in Software architecture brought him to TruFont which unfortunately is currently in a stalled state of development.

He covered FontForge which he ported over onto the PocketChip he brought with him to the presentation. 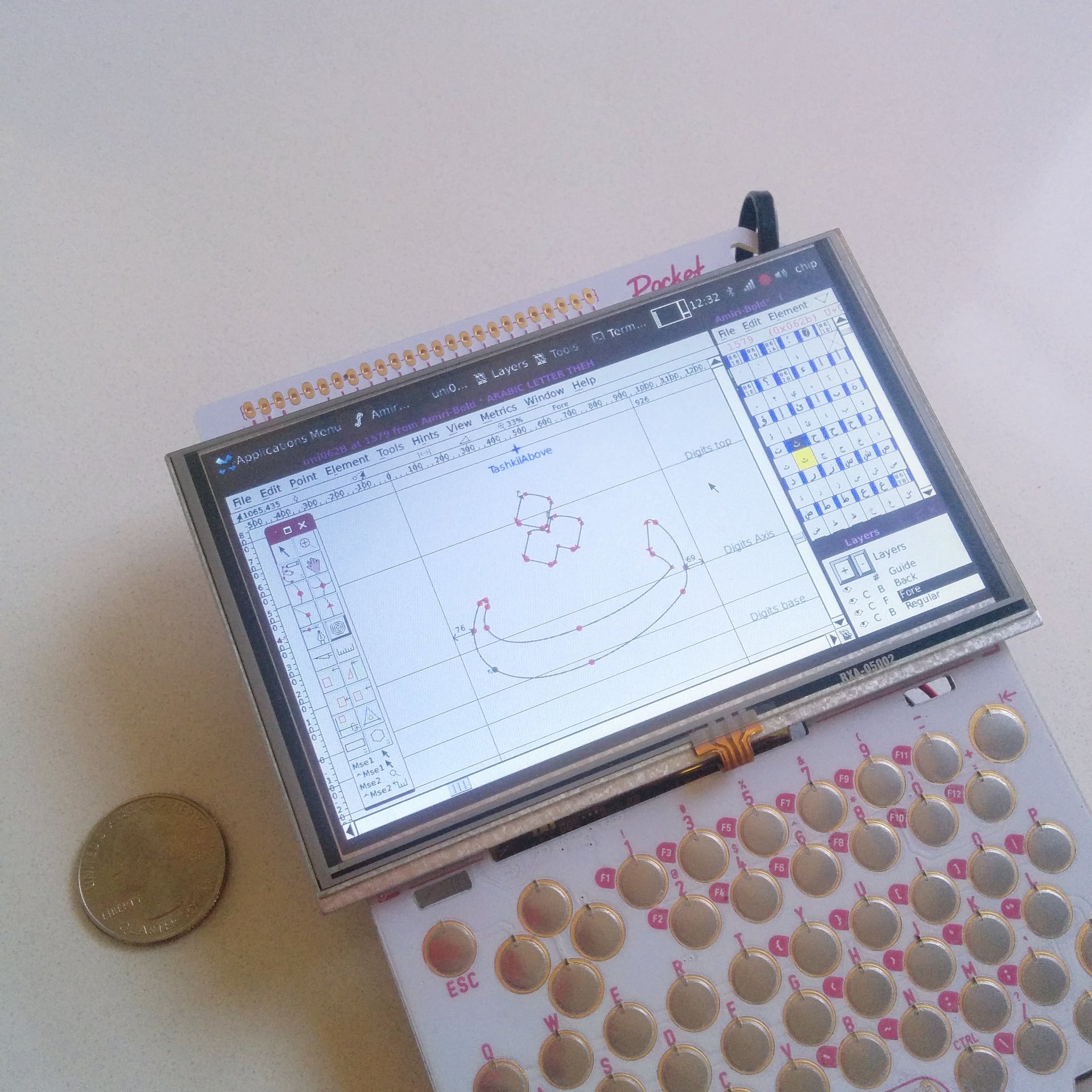 Eli’s PocketChip that runs Linux and FontForge and let’s you use a pen!

Dave Crossland playing with the PocketChip

The free software font editing world is quite vast and still growing. As Eli pointed out, if you love type, and want to design your own; it’s impossible to avoid the free software side of it’s history. Proprietary software is expensive and restricting. There are so many communities like FontForge and TruFont that could benefit from more participation and support.

Slides were created in drawbot