During the first weekend of November we had the annual Open Source Design Summit in the capital of Albania, Tirana.

Open Source Design (short OSD) is a community of designers and developers pushing more open design processes and improving the user experience and interface design of open source software. The community writes articles, runs a job board, puts on events, provides resources, and presents talks targeted at developers and designers interested in working and designing in Open Source.

Open Source Design Summit itself is an annual event where designers, developers and more join to discuss and work towards internal and external Open Source Design related topics. This includes how to improve our involvement in various projects, improve feedback processes, and work in the open

Together with the Open Source Design community, Ura Design initiated the discussion on the Open Source Design organization repo on GitHub regarding the location of the upcoming Summit and proposed Tirana. While the last edition was held in Berlin, we were convinced it would be a healthy step to have a moving Summit which would not necessarily happen in the usual suspect cities of Europe. Tirana was a good compromise to try this out. In the following months, we coordinated our efforts through monthly calls and Discourse.

We started on the Friday afternoon with a reception gathering at Ofiçina, the venue where many other past events have been organized by local communities, including LibreOffice Conference. The OSD Summit is not close to any big conference (yet at least) but more of a small unconference.

There were participants from countries as far as New Zealand, Czech Republic, Germany, Kosovo.

During the rather informal gathering we spontaneously put up a circle of chairs in the area outside. Did we mention that the weather was fantastic? We even ended up doing many sessions out in the open. 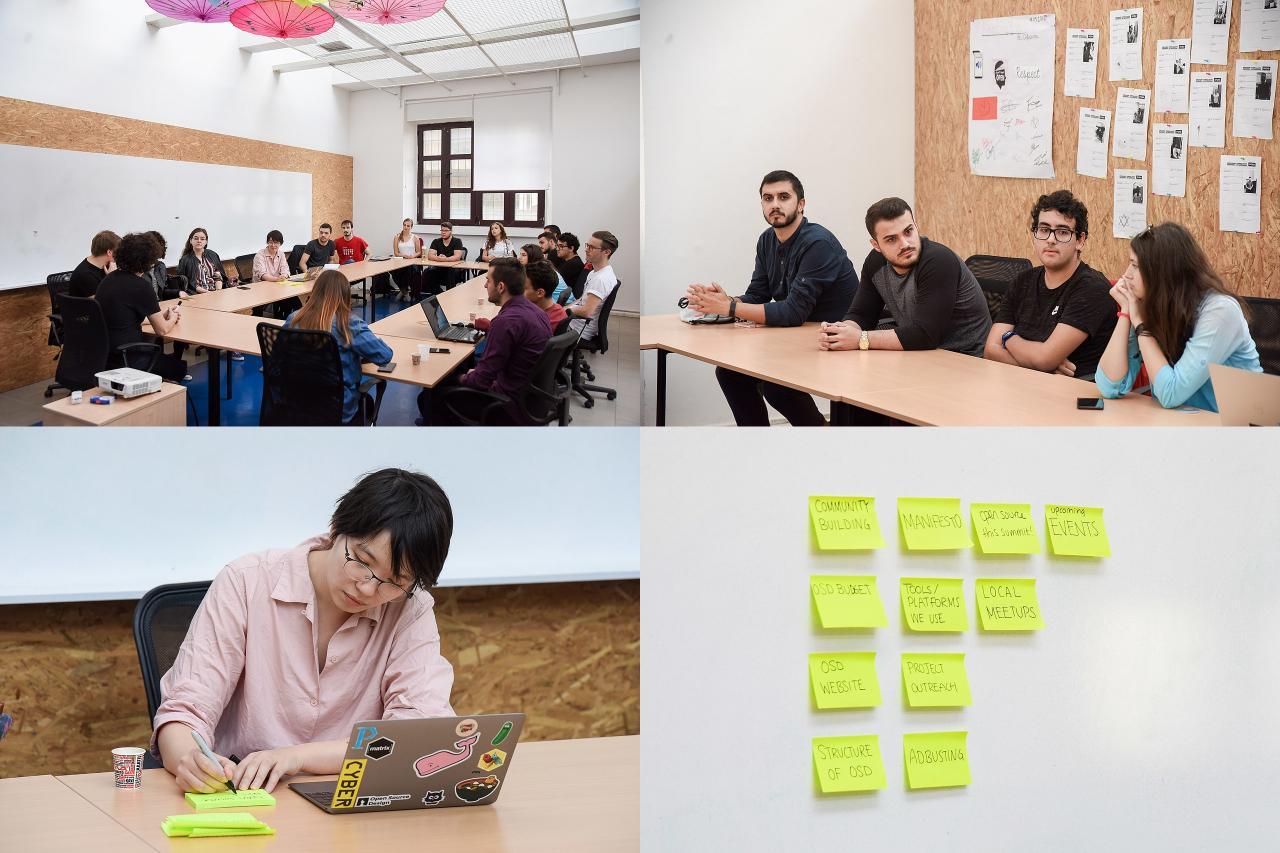 After a round of introductions, we began brainstorming the schedule for the next 2 days, something which has worked well for us in the past edition as well.

We officially started the Summit by welcoming everyone and giving an intro to Open Source Design for newcomers that decided to join us in the Summit. Unlike the past Summit, we had a good mix of core contributors and newcomers, so it only made sense to adapt, following up with a short talk by David and Tereza from Red Hat about Design Systems, and specifically about PatternFly. 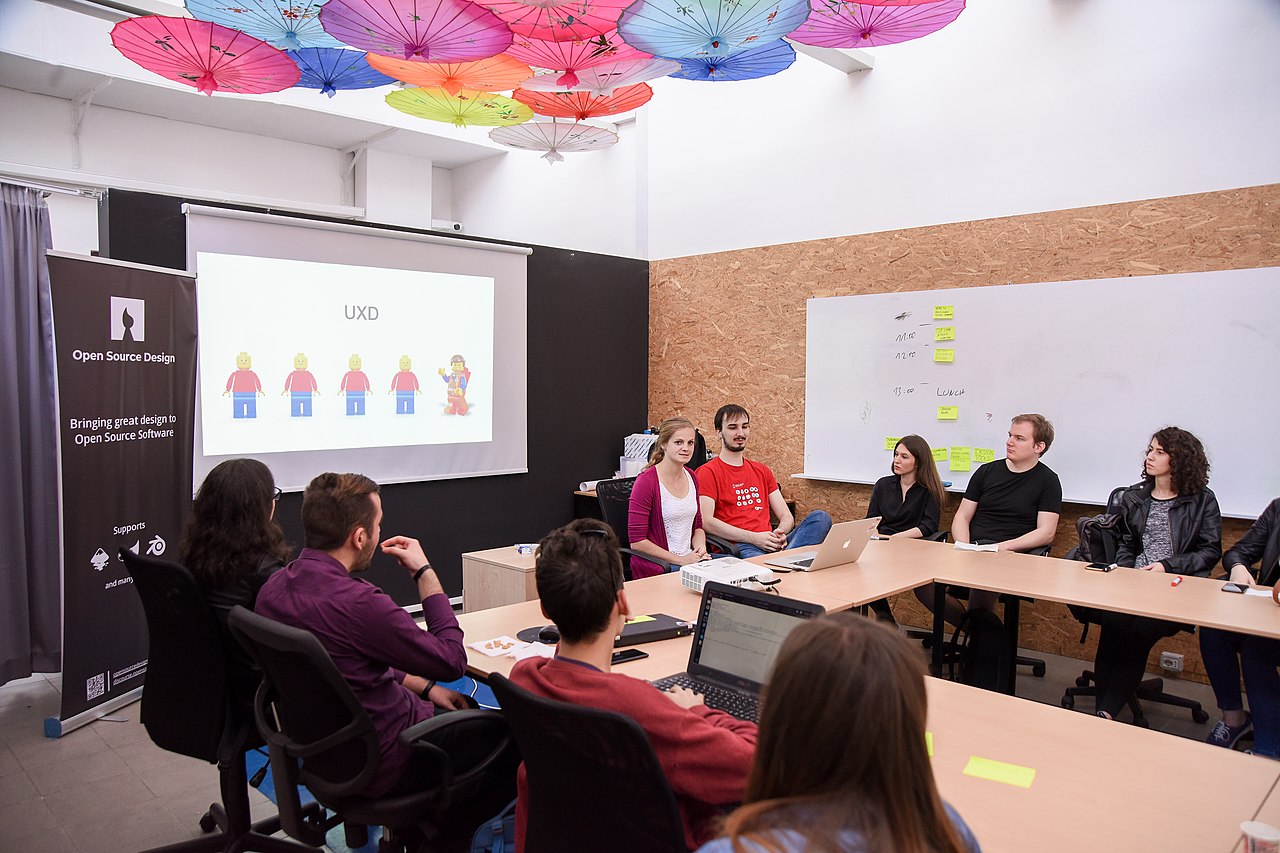 Next up we had a very interesting and involving workshop about Cut, Copy & Paste from Sam. The workshop was there to teach beginners about the concept of git as a version control system (as designers usually have to work with git too, which is a showstopper for many at first). 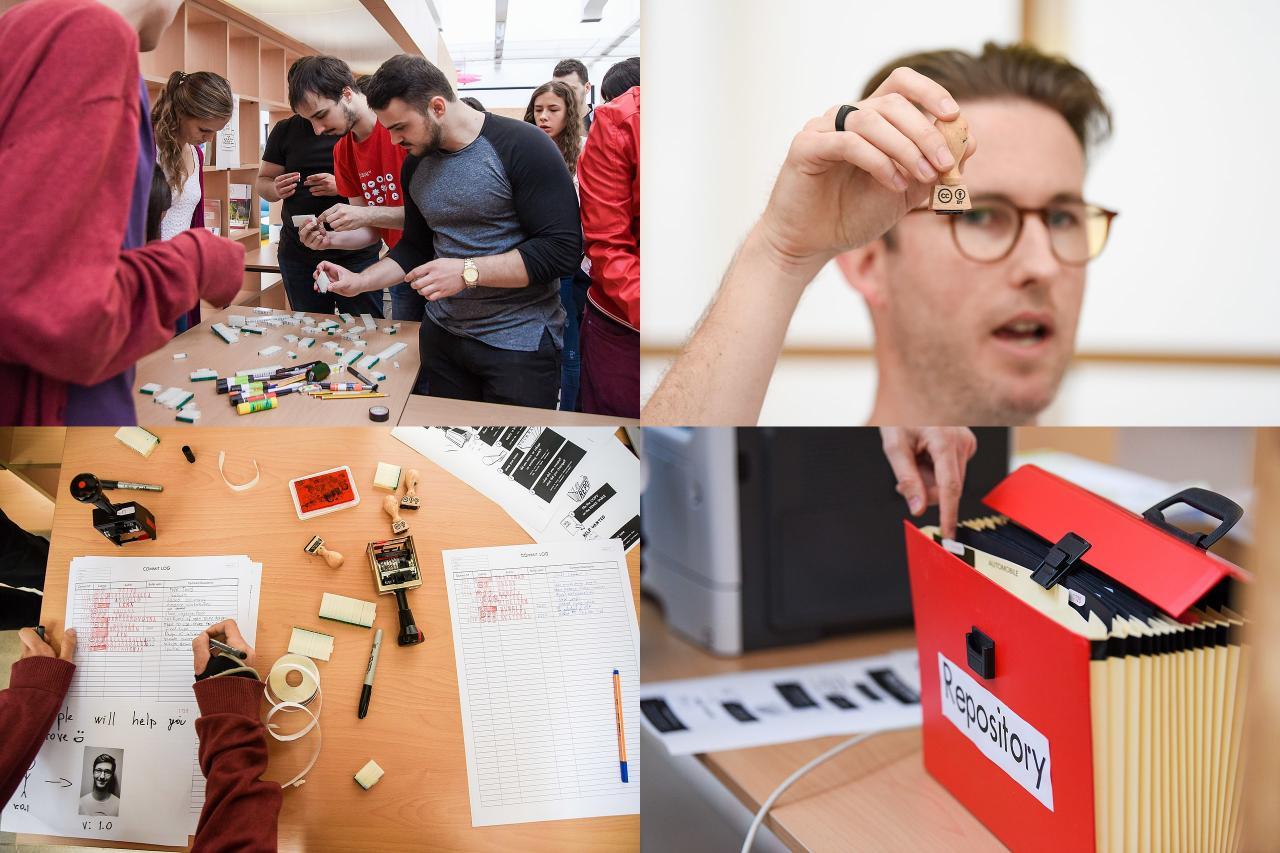 After the workshop, there was lunch at 1 PM and the sessions restarted at 2 PM. In the next sessions, we talked about finalizing our Manifesto, a topic we had been discussing for a long time at our Discourse forum and we think we finally have a ready-to-go version that will be published soon on the website.

The following topic was about our upcoming events and where should Open Source Design focus on more, a nice discussion that happened outside, in the warm weather (really, Albania is warm even in November). 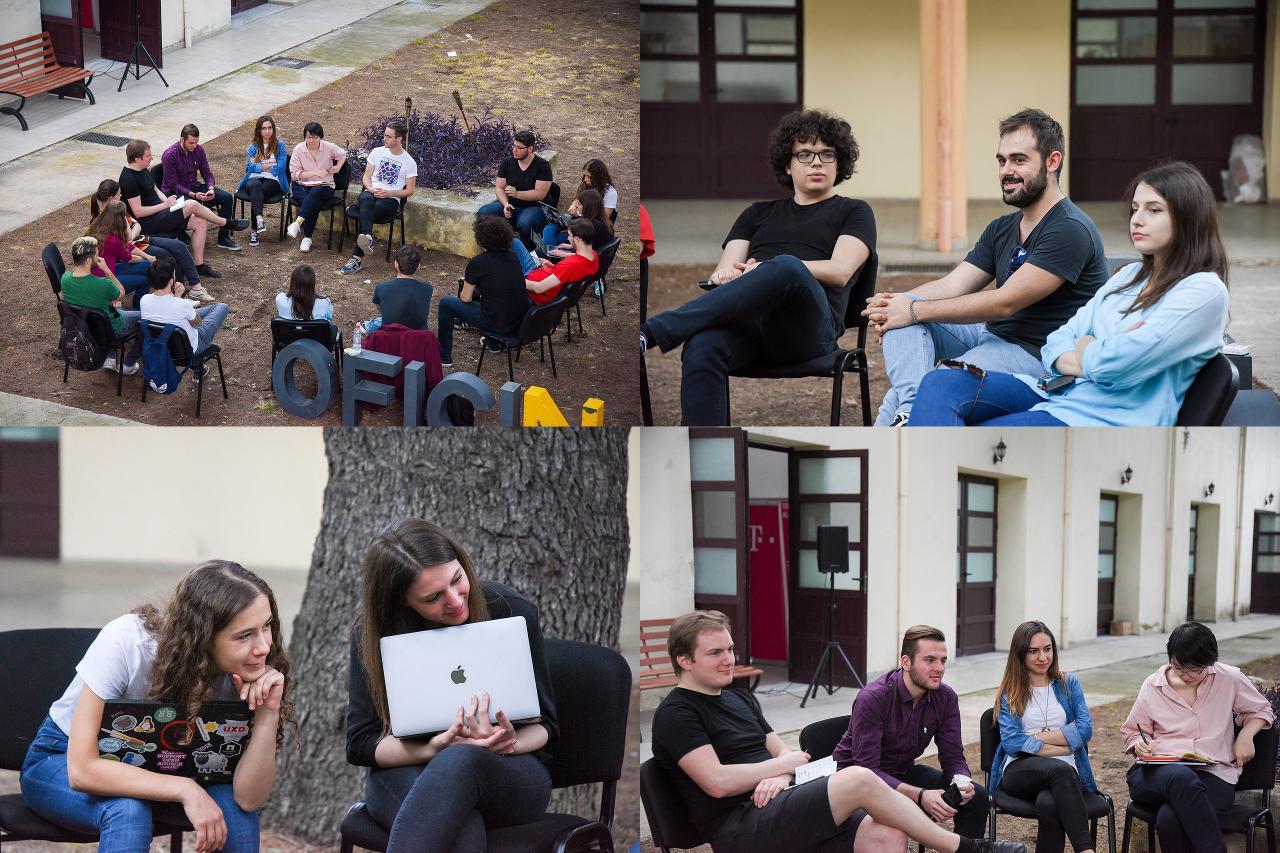 The next topic was a sharing round where we shared our knowledge and skills. Renata from the Ura Design team shared her Research workflow and showcased Usability Studies they accomplished before, such as Thunderbird and I2P. Later, Sam shared some info about the issue of Diffing SVG-s and how difficult it is to process it correctly and with consistent results, because each software tries to do it in their own way.

The last day started a bit later, which is expected of a Sunday morning 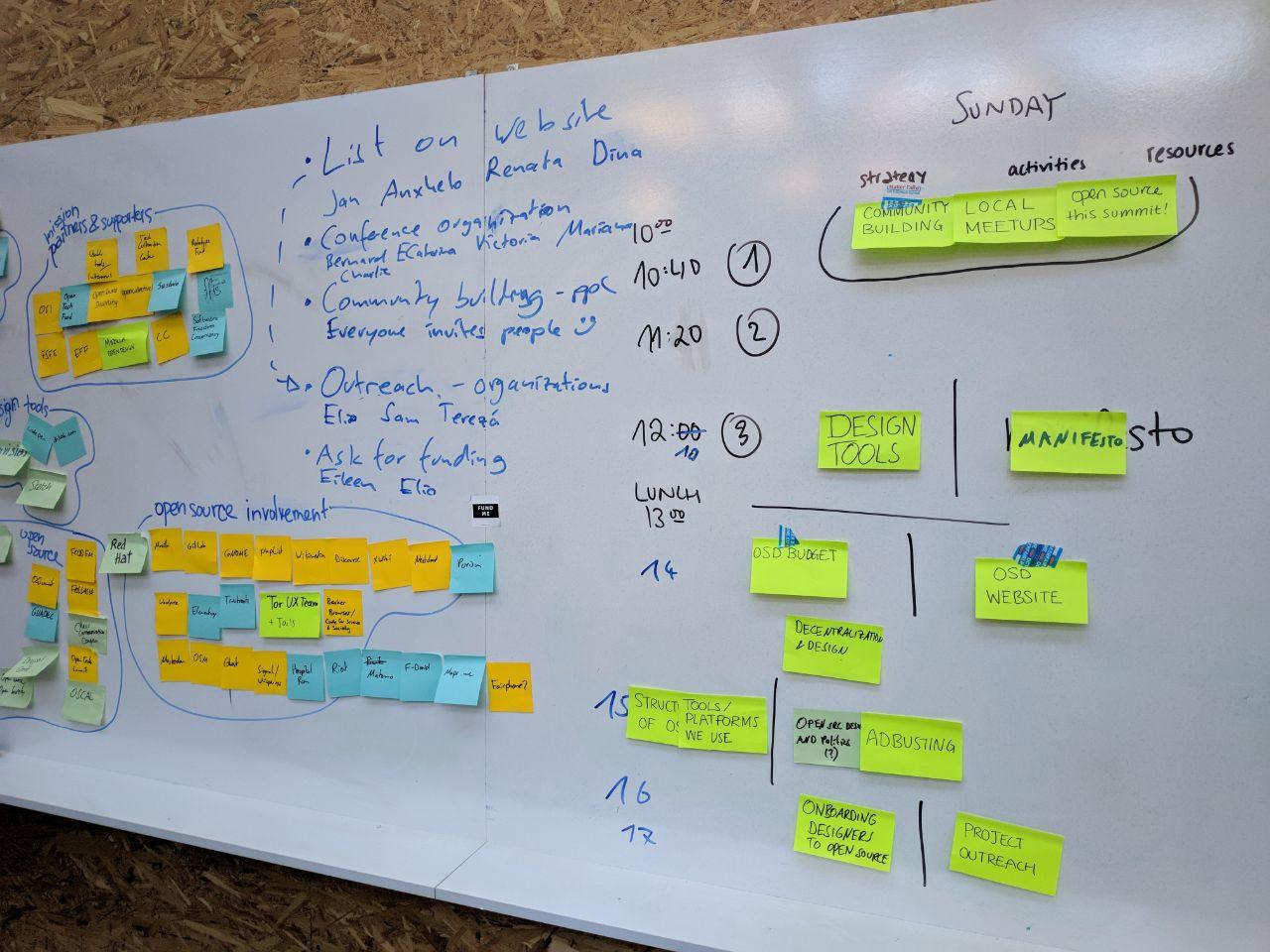 We firstly discussed about the Summit itself and how we could build upon community building intiatives (via local meetups for example). Afterwards we split into two groups, where one worked on the new draft of the Manifesto while the other one discussed about the State of Open Source Design tools. 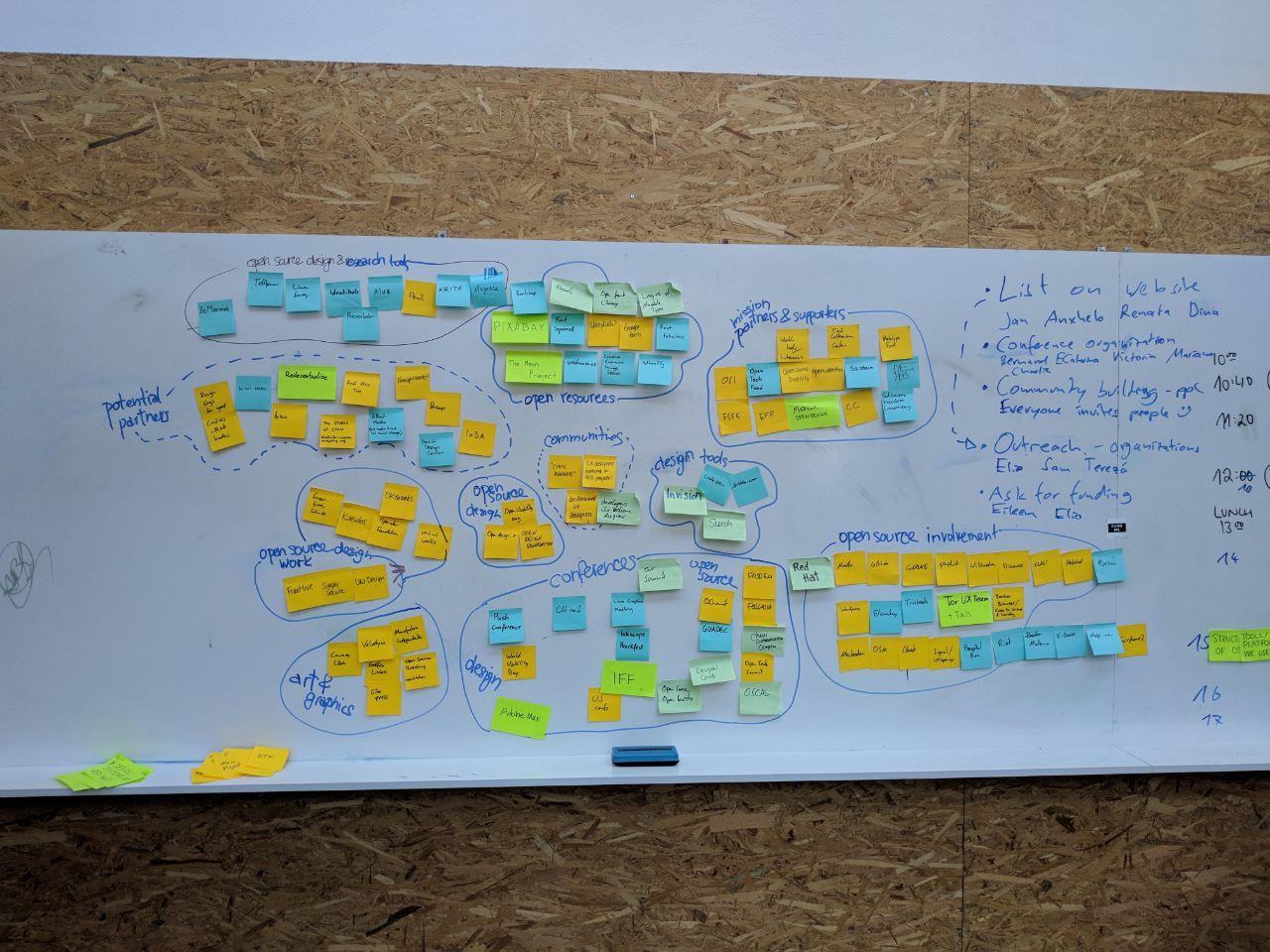 We continued talking about ways to build up a budget that Open Source Design can use to extend its activity, changes we would be doing in the Open Source Design website, such as a new theme, the structure of the organisation, the platforms we would use, the politics we would follow, Adbusting, project outreach and how we could onboard new designers into the project.

Of course we didn’t forget to take a group photo from the Summit!

Thanks to the support from Stickermule, Mozilla, phpList, Open Tech Fund, Red Hat, Nextcloud & the local Ura Design we were able to bring the Summit to Tirana.